The Canadian Association of Foot Care Nurses began in 2010 and has been growing rapidly ever since. The growing membership necessitated an online presence that could change and mature along with the organization. It also needed to link in with the social media presence that was being established.

Because committee members were spread across the country, good communication was imperative to getting the site launched successfully. The site was originally built as a static HTML site. When it was time to update the design, it was relaunched using WordPress.

The logo was developed and approved through CarricDesign’s network of partners. 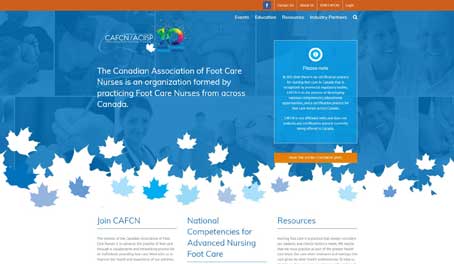 Our clients have come from a broad range of industries:

Give us a call. Send us an email.

Put us to work for you.